What is the Japanese program about?

Every other day we read and hear things about the country, but do we really know Japan? With its energetic blend of the contemporary and the traditional, Japan has become a world leader in popular culture fields such as manga, animation (anime), fashion and gaming.

What do the anime of Miyazaki Hayao – such as Spirited Away – tell us about the world today? How are legendary figures from the Japanese past represented in contemporary popular culture? How did cosplay (costume-play) begin?

Japan is a country with a wealth of cultural and intellectual traditions, many of which have links to mainland Asia. But what role has Japan played in the modern era and what is its position in the world today? Our influential Pacific neighbour remains an integral trade partner and impacts our own culture in surprising ways.

The Japanese program at UTAS is not only an opportunity to master the Japanese language, but explore the society and culture behind it. We welcome students of all abilities and encourage a diversity of expression, subjects and ideas. Come and find out how exciting learning Japanese can be.

"When we recognise things such as Geisha, Sushi, and Pokémon, we think we know Japan. But there is much, much more for us to learn." On the Japan Language & Culture Program

"I was able to participate in the Setsubun festival at local shrines and even with my host family at their place. I also was able to see the lantern festival in Nagasaki which was unbelievable! The school organised a trip around Kyushu for us which took us to Japanese hot springs and to Kumamoto Castle."

Why study Japanese with us?

Participate in our Japan Language & Culture Program in the cities of Fukuoka or Yokohama. With intensive language classes and research, cultural excursions, and its popular homestay accommodation, these program is a perfect way to find your feet in Japan.

Get involved in the UTAS Japan Society, our Japanese student society. Enjoy various Japanese activities with like-minded people, while making friends with native-Japanese and practicing with fellow students.

Taught in English, our Japanese Studies units give you specialist knowledge of society, culture, politics and economics in Japan.

Broaden your knowledge of Asian cultures and languages by combining your studies in Japanese with programs in Asian Studies, Chinese and Indonesian also available through the School of Humanities.

Take part in our exchange program to study at a range of highly-regarded partner institutions in Japan for up to one year. Generous scholarships are also available.

What careers relate to Japanese?

Graduates from our Japanese program have gone on to a wide range of interesting careers in fields such as diplomacy, trade, education and the arts. Many of our graduates work in Japan as part of the JET program, either as Assistant Language Teachers or Coordinators of International Relations, while others have been awarded competitive international scholarships to further their research and academic careers.

With demonstrable language skills in Japanese, you can enhance any career and open doors for employment overseas. Become an effective global citizen with a better understanding of the fundamental changes taking place in this dynamic region of the world. The skills you'll develop in intercultural understanding, communication and team work, independent research and leadership are sought after by employers everywhere.

How can I learn Japanese?

Many people who undertake a major in Japanese do so to master the language itself, or as a valuable adjunct to other study in their undergraduate degree. Japanese is also a popular choice as the Arts major in combined degrees with Business, Science, Fine Arts and Education.

If you would like taste of the Japanese program, the breadth unit Introduction to Japanese can be undertaken as part of any undergraduate degree across the University (and is equivalent to the core unit HMJ101 Japanese 1A).

The major involves core and elective units in Japanese which can be identified with HMJ in the unit code. The program provides you with a structured pathway through Japanese language learning (written and spoken), as well as units on modern Japanese society, literature, politics and popular culture.

Your learning experience in Japanese goes beyond the lecture and tutorials.

The College of Arts, Law and Education, including the School of Humanities and Japanese, offers a growing collection of units that are available to be completed either wholly or partially online to enable flexible study. 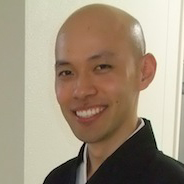 Katsuhiko is a Lecturer in Japanese, Global Cultures & Languages, in the School of Humanities. His area of interest includes Queer Studies, Gender Studies, Cultural Studies, and Japanese Studies. His current research interests include understanding how gender and sexuality are increasingly becoming a primary tool deployed in reshaping our mode of living and consumption culture in recent neo-liberal conditions.