The report, “Just listen properly, like with intent”: LGBTIQ+ Tasmanians Telling us the Story was launched at a special event on Wednesday 4 May at Parliament House in Hobart to coincide with the 25th anniversary of the decriminalisation of homosexuality.

The study was commissioned by the state government and aimed to collect LGBTIQ+ people’s experiences of Tasmanian government services and life in Tasmania.

Associate Professor Angela Dwyer stated, "Over 800 LGBTIQ+ Tasmanians were part of the research ... Key priorities identified in the survey were more resources for mental health, more training for health care providers, more inclusive schools, safety on the street and at home, and greater support for rural, elderly and transgender members of the LGBTIQ+ community."

Premier Rockcliff stated that the issues "will require multifacted social economic policy and legislative changes and resourcing to address." 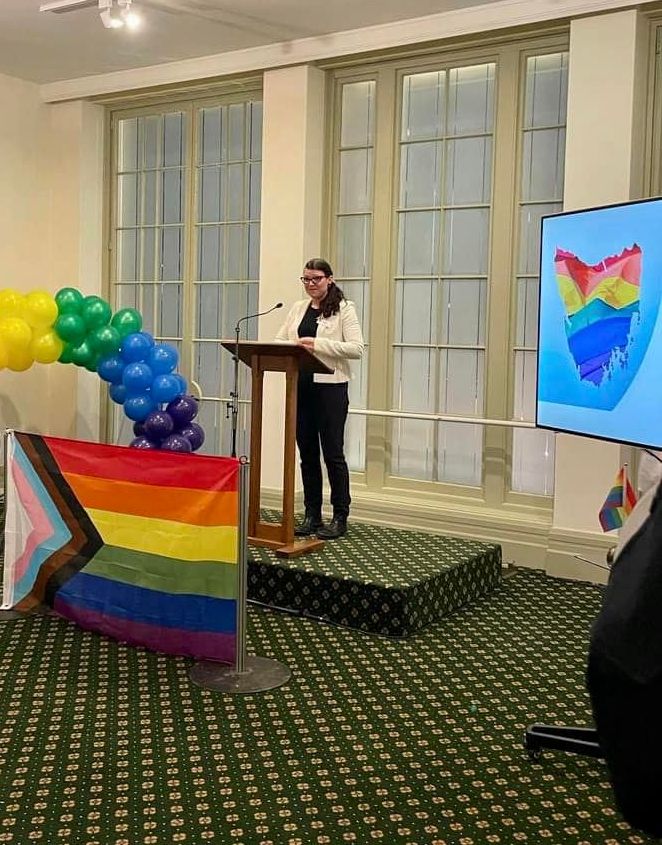 Equality Tasmania President and long-time Tasmanian activist Rodney Croome delivered a speech at the launch noting, "The 25th anniversary of homosexual decriminalisation reminds us how far the Tasmanian LGBTIQ+ community has come since it was a crime to be gay."

The report will form the basis for a new statewide LGBTIQ+ framework and action plan.

About 100 people attended the launch.