Celebrating the impact of regional research and education

If you have missed the abstract submission deadline and are still interested in submitting, please contact our organising committee at CradleCoast.Conference@utas.edu.au

Local Burnie (pataway) man Brendan Murray will take participants on a walk around the local shoreline and bring to light the many First Nations stories that he sees as 'hidden In plain sight', including some unsung 'Fishtraps'.

Brendan is an Aboriginal Community Engagement Officer with The Riawunna Centre for Aboriginal Education at University of Tasmania, Cradle Coast campus.

Brendan is also studying for his Bachelor of History with a view and a passion to further develop his capacity as a First Nations communicator and storyteller.

During the walking tour you will hear of Brendan's connections to the town, his involvement in campaigns to protect Aboriginal heritage and his family's ongoing commitment to celebrating Tasmanian Aboriginal history and culture and supporting contemporary reconciliation initiatives. 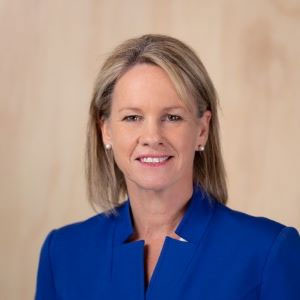 Having grown up in Sydney, Fiona has spent the last couple of decades living and working in regional Australia. For many years she was involved in a farming enterprise in the central west of NSW, which her sons Will and Henry are now running.

She spent twelve years in the federal parliament as a Senator for NSW and also held ministerial positions including Rural Health, and in Cabinet the positions of Regional Development, Regional Communications and Local Government and Territories. She also held the position of Deputy Leader of the Nationals.

From 2018 - 2021 Fiona was the Strategic Adviser, Regional Engagement and Government Relations for Charles Sturt University. Fiona was appointed by the Australian Government as the Regional Education Commissioner in December 2021.

All conference registrations include a free Welcome Reception event

Join us for light refreshments and drinks at our brand-new waterfront campus at West Park in Burnie. This will include the opportunity to visit our local Little Penguin Colony.

The Cradle Coast Academic Community of Practice invite you to celebrate our region through research and education with 4 exciting specialist streams.

This theme addresses the concerted, intentional, and systematic efforts by those working together towards measurable improvement of health and wellbeing outcomes, co-designed with consumers, clinicians and services for the population in their region.

This theme highlights the unique and diverse ways in which social issues manifest in regional Australia and explores innovations and approaches to creating more sustainable futures.

This theme encompasses regional development, innovation, sustainability and creativity from the perspective of agriculture, economics and enterprise.

Guests must mention the conference when booking to get these rates.  Valid for direct bookings only.

Rates valid from 8th - 13th November and are available to book until 15th October.

Guests can cancel their bookings up to 7 days prior to arrival with no fee. If bookings are cancelled within 7 days, a cancellation fee will apply.

If you require travel from Burnie to Devonport for the Main Conference, please contact the organising committee at CradleCoast.Conference@utas.edu.au.

Bus trips can be booked with your registration.

Stay for the weekend and breathe some of the cleanest air in the world, whilst engaging in some of our unique attractions. Did somebody mention penguins?

Explore our region
Still wondering where to begin?