Two students from the University of Tasmania have returned home after spending time with the Royal Flying Doctors Service in outback Australia.

Two students from the University of Tasmania have returned home after spending time with the Royal Flying Doctors Service in outback Australia.

Emily Ingram and Elise How both won scholarships with the Royal Flying Doctors Service (RFDS) Tasmania, which aims to encourage future involvement in rural and remote communities across Australia.

Graduating medical student, Emily Ingram, was awarded the Fred McKay Medical student scholarship, spending two weeks at the Royal Flying Doctors Service base in Broken Hill, NSW - the largest base in the country.

"I was surprised by how complex it can be to organise and co-ordinate the transfer of a patient.

In Broken Hill I saw some really exciting innovations in telemedicine, which helped to improve communication between the people involved in the transfer and also improved clinical support to the doctors in remote locations.

Miss Ingram then went on to spend another two weeks in Launceston with Ambulance Tasmania flight paramedics as an observer. 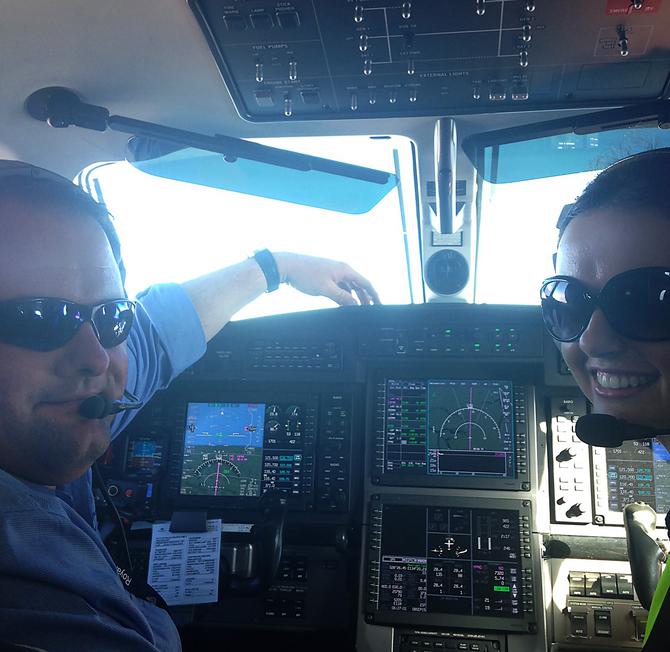 It's been an amazing opportunity, broadening my understanding of rural medicine, and has further inspired me to consider it as a career pathway. I would like to work as a rural GP one day and this scholarship helped me to understand how the RFDS supports rural doctors and improves access to healthcare around Australia.

I spent the first week with the emergency response retrieval team which involved being on call for emergency retrievals as well as non-emergency patient transportation between rural hospitals and health centres and hospitals in Adelaide.

"I also spent time working with the clinic plane travelling to remote aboriginal communities and rural areas where people covered many kilometres to simply access and receive things such as prescriptions."

"The scholarships have given the students the opportunity to gain a greater understanding of medicine in the bush and the means by which people are able to live there with the knowledge that the RFDS is extending the finest care to the furthest corner."