Finding a balanced approach to the complexity of biotech patents

Patents give individuals and entities the exclusive right to make and sell their inventions. If you invested considerable money and effort developing an invention, would it be fair for someone else to simply copy and sell it? The law says it’s not. But what if that invention was a vaccine for cancer?

Biotechnology is a form of research and development. It uses living things, such as biological systems and organisms, to make products.

Biotech companies take discoveries made in genetic and stem cell research labs and turn them into a range of products, including tests, treatments and even vaccines for diseases like breast and cervical cancer.

This process of translating research into healthcare products involves considerable investment and intellectual capital. The inventions are brilliant, but they also raise some difficult questions, such as:

·   When a significant medical treatment is developed by a commercial entity, should that entity be able to patent the treatment, be the only channel through which the treatment is available, and possibly charge a high price for access?

·   If so, what if the treatment is too expensive for ordinary people to buy?

·   If not, what incentive would there be for commercial entities to invest in the development of medical treatments and vaccines?

·   If patent law is applied in a different way for medical discoveries than it is for other technologies, will the discoveries ever be made in the first place, and even if they are, will they be translated into products that benefit healthcare consumers?

Professor Dianne Nicol, Director of the Centre for Law and Genetics in the University's Faculty of Law, is working hard to help society answer these questions. 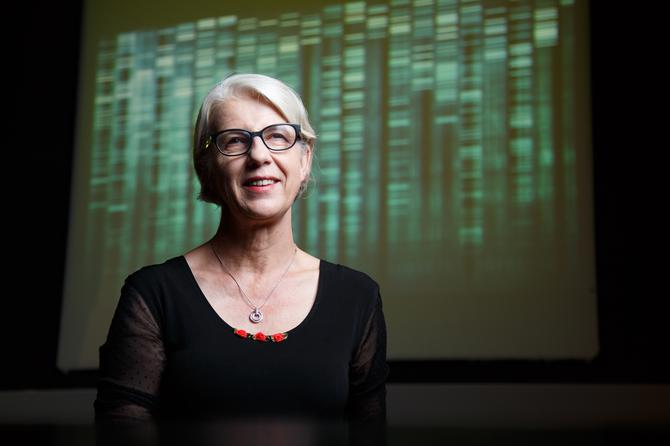 "The question of how to regulate emerging biological technologies, particularly genetic technologies, is an incredibly complex one. There is no clear right or wrong."

“The discoveries made by genetic scientists would not be developed into usable tests and treatments without commercial partners. Research and development requires enormous investment, and there must be some commercial return for that investment.

“On the other hand, these new tests and treatments need to be made available to those that need them, not just those that can afford them.”

Professor Nicol is actively engaged in discussions with law reform agencies and government, providing recommendations on how to navigate the biotech issue to achieve the right balance.

The law is developing on this issue now. The patent on the test for the BRCA gene, for example, that is linked to higher susceptibility of breast cancer, was recently held to be invalid in courts in the USA and Australia. The broader implications for biotech more generally are still being worked out.

“My research follows these legal developments and interprets the cases to determine what the outcomes mean and what precedents are being set for biotech patents moving forward."

Professor Nicol's research can then be used to help inform decisions by government and law reform agencies. For example, Professor Nicol's input helped to drive the introduction of an exemption in the Patents Act allowing use of patented inventions for experimental purposes.

Professor Nicol is also interested in increasing the public’s understanding around the complexity of biotech patents so that everyone can benefit in the long run.

Our genetics are linked to our health, so there are huge benefits to genetic testing. But the benefits are only realised if there is collaboration. We need people willing to contribute their genetic information, we need researchers who can carry out research using that information, and we need commercial partners who can transform that research into usable tests and treatments that are accessible to the people who need them.

“The legal challenge is to get the balance right when weighing the needs of all of these groups, so that we get the best outcomes for society as a whole."