From diesel mechanic to foreign correspondent

When I was young, all I wanted to do was go into the army. But I have a stutter and I’m colour blind, which meant I could only ever have an office job in the army, which didn’t interest me. I looked into other emergency services, like fire fighting and the police force but faced similar issues.

The career councillor at school suggested that I go for a trade. I should choose a job where I could stay in the background, not embarrass myself by having to speak to others.

So in 1996, I finished grade 10 and became an apprentice diesel mechanic.

I realized a couple of years after I entered the trade that I had made the wrong choice. I felt stuck in my job without any real idea of what else I could do or how I would go about achieving it.

I plugged away at my career and tried a few things to make it more interesting.

I moved from trucks and being a break-down mechanic to working on high speed boats. I worked underground in the mining industry for a few years to get a bit of excitement - but fly in fly out wasn’t the lifestyle that I wanted with a young family.

Going to University had been on my mind for a couple of years, but I didn’t know how to do it. I had financial commitments and didn’t know if I was even capable, so I didn’t even raise it as an idea. Then my wife suggested it to me one day. She thought a degree at university might help me find a career path that I could really enjoy. We talked through all the things that I like…space, the military, reading and the news.

I love looking into interesting topics, learning information and then sharing it with others. Having an issue with my speech, I find people tend to tune out quickly because I take a bit longer to tell a story as I choose my words. My wife thought that I might enjoy communicating through writing and suggested journalism.

I started to look online. I had always enjoyed reading and had a strong interest in the news, so the Bachelor of Arts, Journalism, Media & Communications, was a stand out to me.

I decided to combine journalism with international relations, so that I could indulge my interests in the military, wanting to look at Australia’s position in the Asia Pacific economically and militarily.

I was worried that I had been out of school for too long and too much had changed, and at this stage in my career I’d left it too late to become successful. But it was the coverage of the Arab Spring that inspired me to continue. 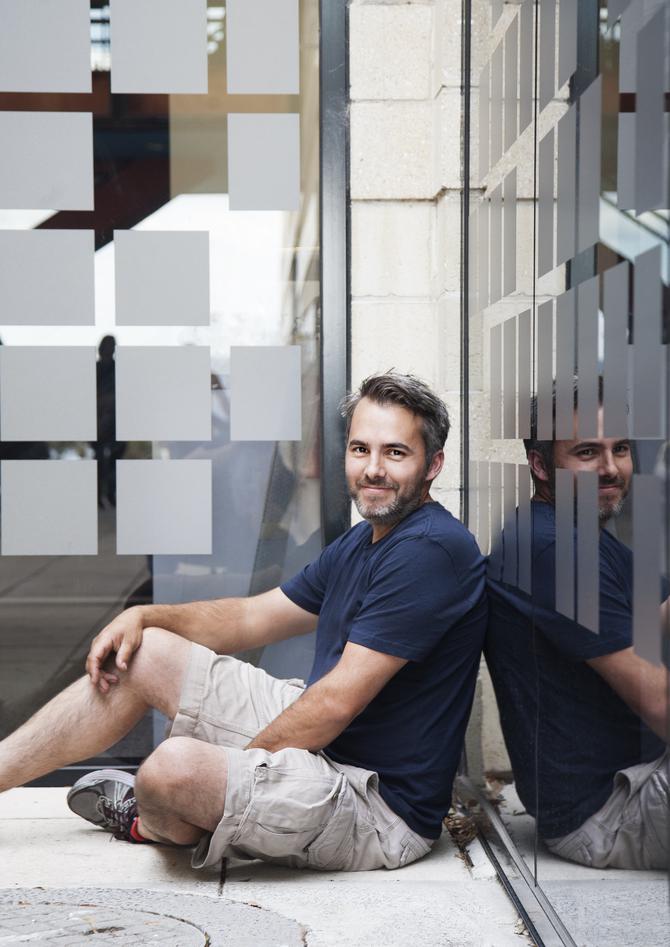 I love reading, looking into interesting topics, learning information and sharing it with others. I decided to combine journalism with international relations. I would love to be a foreign correspondent.

It was not only your mainstream big name reporters that were covering it, it was the day to day people, backyard bloggers that were covering a major moment in our history. It was not just being reported to everyone by the mainstream media, but local reporters in each country, skyping on their laptops at home. People in the streets on their mobile phones were letting the world know what was happening, in real time, in their backyard covering all media types.

This brought home to me that you don’t have to be a big name on a big network to bring news to the world. You can do it from anywhere with mobile devices. You just need to have a story to tell and you can reach anyone.

So I went for it.

I’m doing my first subject now, studying part time while I work full time. I’m really enjoying learning new things and using it to be able to communicate through writing.

Now that I’m there, I’ve got a great tutor and group of people in my class and it is opposite to what I had expected. I found that people coming out of year 12 were just as nervous as I was. I just got my first assignment back, my first essay in 20 years, and I got 2 points off a distinction – I was thrilled.

After working for 20 years in a job that I don’t enjoy, I want to use the remainder of my working life to study, report on and work in areas of life that excite me.

People should take the chance and go after a job they like. Life is too short. Before you know it you’ll be at retirement age and you’ll have missed the chance to do something that you love. Believe that it can happen and go for it. You never know it might work, or it might not, but at least you’ve given it a go.