Share this
Articles
New answers have been uncovered in the fight against bare-nosed wombat sarcoptic mange, thanks to the latest research by the University of Tasmania.

The research follows the recent outbreak of sarcoptic mange at Narawntapu National Park in Tasmania’s North, which has seen a 94 per cent decrease in the wombat population in that area over the past seven years.

Sarcoptic mange is caused by skin-burrowing parasites and is known predominately to cause hair loss, skin thickening and death in Tasmanian bare-nosed wombats. 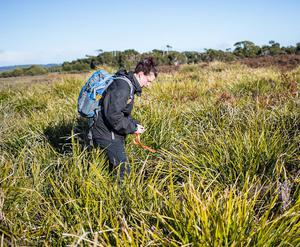 The loss of heat and metabolic rise leads to affected wombats burning up high amounts of energy and being restricted by the disease in their foraging efforts, resulting in an inability to eat enough to replace energy levels and in many cases to survive.

“This research addresses critical knowledge gaps about the impact of physiological changes in wombats with mange giving us a more comprehensive picture of the health implications,” Ms Martin said.

“We found while wombats with sarcoptic mange do spend more time out of their burrows, they actually spend less time foraging and more time resting and itching because of the mange.

“This means they are not eating enough to make up for the high amount of energy they are burning - which can result in death.” 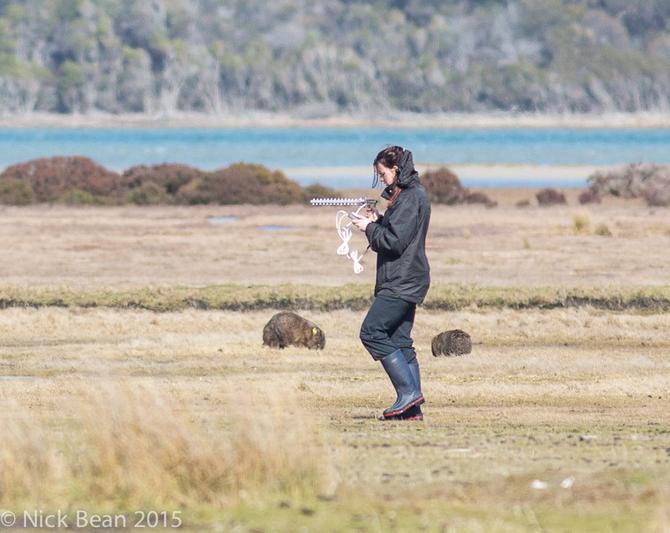 Importantly, the research also showed obvious changes in fatty tissue composition in wombats with the disease, suggesting a high fat diet might work as part of the solution to the health issues associated with mange.

“Supplementation has the potential to help arrest the fatty tissue changes we have seen in mange-ridden wombats, enable the storage of more nutrients to meet the animals high metabolic rate and help keep these animals alive,” Ms Martin said.

“With this extra piece of the puzzle there is the potential for a combination approach to management including diet supplementation of individual wombats, improved disease treatment options and treatment delivery.

“We are working closely with the State Government, and are excited about the positive direction of this research for the welfare of individual wombats.”

With sarcoptic mange affecting more than 100 species globally, it is also hoped the latest research, which is part of a broader, collaborative wildlife disease research project, can also be applied to other species.

"We’ve seen the same sort of heat loss due to hair loss in wolves for example,” Ms Martin said.

“Even though we are researching wombats specifically, the management implications we’ve found are far broader reaching.”