How will climate change affect our pets?

This summer’s bushfires and heatwaves may have led you to wonder how climate change will shape our lives. But have you given any thought to how it might affect your pets?

The issue of climate change and pet ownership came to the fore in recent weeks after several dogs reportedly died during air transit in soaring temperatures. They included a boxer called Duke, who died in December after being left in a crate on the tarmac in near 40℃ heat during a flight delay.

Read more: Vets can do more to reduce the suffering of flat-faced dog breeds

Qantas and Virgin Australia subsequently announced an overhaul of how some breeds of dogs, cats and rabbits – those with physical features that restrict their airways – travel on their planes.

The new flight restrictions have their pros and cons. One the one hand, it’ll improve welfare for dogs who struggle on flights and put a spotlight on the issues snub-nosed dogs face. But also it can create complications for breeders, and for those transporting the breeds the restrictions affect. 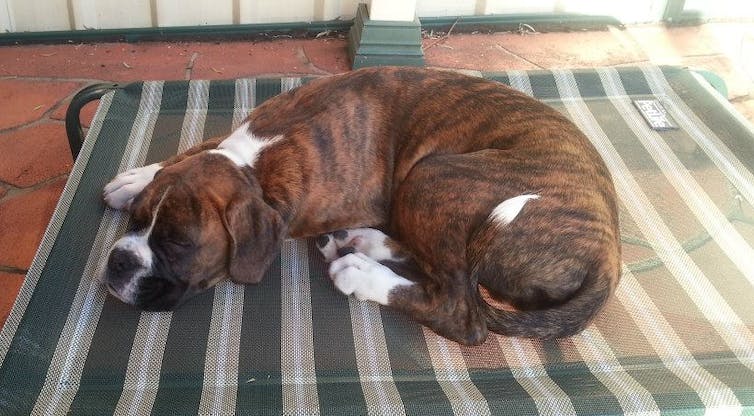 Duke the boxer died on a plane after being left on the tarmac on a nearly 40 degree day. Kay Newman/Facebook

The bushfire crisis has made us rethink the typical Australian holiday. And by extension, we should integrate our pets into our bushfire survival plans and reconsider whether to take them on holiday.

Snub-nosed dogs, with their short snouts and respiratory systems, mean they’re more prone to dying in flight. This risk is higher in warm weather, when the body must work harder to regulate temperature.

Read more: Curious Kids: is it true dogs don't like to travel?

Both Qantas and Virgin Airlines have long had more stringent travel requirements for certain breeds, such as for snub-nosed dogs.

Among Qantas’s recent changes, a registered veterinarian must clear all snub-nosed animals to fly immediately before travelling. In making the announcement, Qantas said the extreme features of snub-nosed breeds mean they often struggle to breathe, even in mild conditions.

Virgin has banned snub-nosed dogs altogether, as well as some types of rabbits, from flying until further notice.

These calls, however, are somewhat arbitrary when it comes to which dog breeds to ban or apply restrictions to. There is no evidence-based threshold beyond which certain temperatures become untenable for dogs of a given head shape, or a given age or body weight.

With 4.8 million pet dogs in Australia, the travel restrictions will not only affect dog owners, but dog breeders and rescue groups who fly puppies to their new homes across Australia.

We predict a sustained decline in demand for puppies of breeds the travel restrictions affect. This means breeds with a smaller population may fall victim to less interstate and international movement of gametes (reproductive cells), leading, in turn, to less genetic diversity and, sadly, more inbreeding.

One of us, Simone Blackman, breeds Tibetan spaniels, a snub-nosed breed that is subject to the new flight restrictions. These Tasmanian-bred puppies can now only be transported to mainland Australia by ferry, if a person accompanies them. Clearly, this is neither good for the puppies in question – because the trip by air is considerably shorter – nor practical for a hobby breeder. It also means there is less opportunity to garner genetic diversity from mainland Australia. 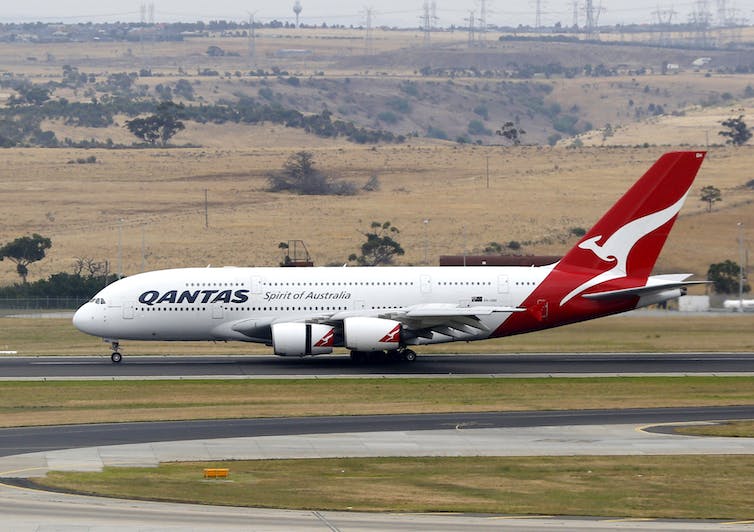 As the climate warms, it will become more important to make sound ethical and financial decisions around pet ownership.

For example, those who seek to lighten their ecological footprint may need to consider the methane and nitrous oxide emissions, potent greenhouse gases that come from pet food production. The meat in dog food is highly processed and must be transported.

In fact, a 2017 US study found these gases from pet food release the equivalent of 64 million tons of carbon dioxide a year. That’s equivalent to the emissions produced from over a year of driving 13.6 million cars.

Owners can make low-carbon pet food decisions, sourcing locally made food. For example, buying from local markets or from producers such as the Pet Grocer whose mission is to produce dog food that’s healthy, sustainable and ethical.

Read more: What about your carbon pawprint?

Rising temperatures mean owners also need to think twice about leaving pets outside without shade, instead opting to leave pets indoors with air conditioning on.

Looking to the future

Of course, dogs exist in the same climate, and breathe the same bushfire smoke, as their owners. Under climate change, dogs (and people) with breathing issues will suffer the most, alongside those which are old and overweight.

Warmer weather also means less dog-walking in the heat of the day, which is not good for dogs or their owners.

Dog ownership brings immense joy for many Australians, but we must understand how climate change will complicate the way we keep and care for them. It’s clear the welfare of pets, humans and the planet are inextricably intertwined.