IT’s the tree-top tussle that has University of Tasmania scientists abuzz – a Battle of the Bugs that promises to rescue a nation’s lucrative forestry industry from the brink of ruin.

In what has been dubbed “Alien meets Game of Thrones”, UTAS researchers at the Tasmanian Institute of Agriculture have discovered a new species of bug-munching wasp to help the New Zealand eucalyptus-growing industry fight against the destructive eucalypt-eating tortoise beetle.

The new species of parasitoid wasp, named Eadya daenerys (or Mother of Dragons), was identified by a UTAS team led by insect ecologist Associate Professor Geoff Allen, who researches the use of biological control for both agricultural and forestry pests.

The native Tasmanian wasp may be tiny but it packs a mighty punch, expertly sniffing out tortoise beetle larvae high in the trees and then drilling eggs into their flesh.

Despite being apparently unharmed by the attack, the larvae have become unwitting hosts and are now doomed.

“A parasitoid is a small wasp which lays its egg into a host, it develops in the host and kills it. It’s almost like the movie, Alien,” Associate Professor Allen said.

“There's no obvious sign until it gets very close to the point where the inside of the beetle larvae is pretty much wasp. They are very good biocontrol agents.

“When any invasive species gets into another country it escapes all its own natural enemies, so in Australia this particular beetle we don't find very often, but in New Zealand it's extremely abundant … which is why we're looking at bringing in a larval parasitoid to do that.”

It is hoped that lab-reared adult Tasmanian wasps can eventually be imported into New Zealand, via secure insect quarantine facilities, for their offspring to perform a vital job in pest management.

Beyond that, this genus of biocontrol agents could benefit eucalypt plantings across the world in the many other countries where this family of beetles has invaded.

As an introduced species in New Zealand, the tortoise beetle Paropsis charybdis has no natural enemies, leaving it free to gorge on young eucalyptus leaves and cause growth losses to both commercial and amenity eucalyptus plantings.

Previous attempts to control the beetle’s population in New Zealand involved using biocontrol agents which targeted the egg stage of the beetle’s life cycle, which had limited success.

But over an epic eight-year period of field trials funded by New Zealand research insitite Scion, the New Zealand government, and that country's eucalyptus-growing companies, the UTAS research team focused their efforts on the Mother of Dragons wasp, which attacks the larval stages of the beetle and nothing else.

The UTAS team captured adult wasps across varying  locations in Tasmania during twilight stakeouts, bringing them back to the lab to understand their biology and host relationships. Over 3000 differing beetle larvae across varying species have also been reared to develop host records for this genus of wasps.

Mother of Dragons wasp larva (right) and dead remains of larval host in the laboratory.

The real trick was obtaining the wasps in the field, as it spends around 10 months in the ground as a pupa and emerges in late October and early November.

“It only flies for a three to four-week window. We found dusk was the prime time for females to fly, and we needed the females in order to successfully undertake our research.” 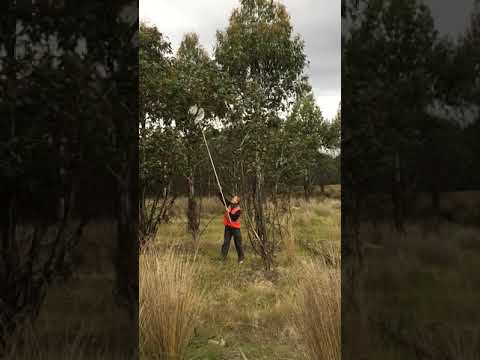 It was during the field trials that the team identified the new species of wasp, the Mother of Dragons, which was found to be the most successful species in attacking the target beetle’s larvae.

The team that included taxonomic specialists from USA eventually described four new species of parasitoid wasp, three of which were new to science, during their trials, bringing the total known Eadya species to science to six.

“Our discovery of daenerys and her success in attacking only the invasive beetle in its larval stage has provided a real solution for New Zealand towards the ongoing management of this forestry pest," Associate Professor Allen said.

“However this is not just about New Zealand, it also increases our understanding of our own native species and conserving  them more effectively in both in the commercial and natural environment.” 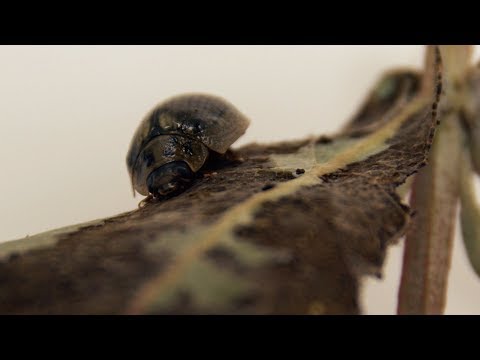 Associate Professor Geoff Allen is an entomologist whose research, and that of the entomology group, centres on insect behaviour, especially biological control, chemical ecology, pollination and the use of microsensors to understand insect movement.

Subterranean habitat could hold the key to understanding the spread of mange disease.