For some kids, texting ability brings worries into socialising

Texting is a social barrier for children who struggle with reading and writing skills.

Texting could be creating a literacy issue for children, but it is not the problem most people would expect.

In a presentation to Education Transforms 2017 in Hobart, written language expert Dr Nenagh Kemp said her research with colleagues in the UK into digital communication had revealed some surprising results.

But for those who already find reading and writing a challenge, having to deal with a new set of written language patterns, however unconventional, can bring the stress of school-based literacy activities to social interactions as well.

Dr Kemp, Senior Lecturer in Psychology at the University of Tasmania, said the writing style of digital communication can also have a social meaning. Many messages are written in ‘textese’, which was initially driven by small screens, character limits, the alphanumeric keyboard and the need to save time and effort. But this initial fad for abbreviating and ‘having fun with language’ has morphed into a social statement. 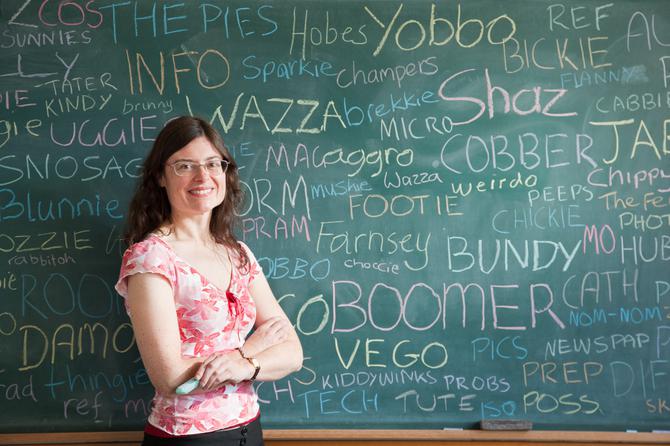 Senior Lecturer in Psychology at the University of Tasmania, Dr Nenagh Kemp.

Being competent at composing digital messages can make the writer look cool or clever. Getting the writing style not quite right can encourage others to form negative opinions of the writer, she said.

“They might be excluded from a quick-fire, fun conversation. They might not get invited into these social worlds of digital communication because they can’t respond as rapidly and they can’t be as witty as others.

It would be like being in a foreign country where you can’t join in as much because you are not as fluent in the language as other people.

Dr Kemp said children who found reading and writing a challenge were also dealing with the confusion created by switching between textese and formal writing styles.

Sometimes the message is there, but it is informal and it is easy to think they are not as clever as their classmates.

In general terms, Dr Kemp said her research into digital communications had not revealed the results she was expecting.

“Going into this I was almost indignant about the exposure of children to this kind of writing and I expected it would be what everyone feared – that it would ruin your reading and writing ability, but I have been convinced by the evidence across numerous worldwide studies that it is actually having a positive impact,” she said.

However, Dr Kemp warned that the research results could change as quickly as communication technology. “Now our phones do everything for us. They spell our words, put in capitals and full stops. The ‘errors’ people make now are not really creative ones, they are attributable to laziness,” she said.

Dr Kemp said there may also be some fallout from the trend towards children receiving phones a lot earlier in life, before they have a lot of intact reading and spelling ability.

In the past they were adapting for the new technology, now children are being introduced to digital communication and messaging almost at the same time they are learning formal reading and spelling,” she said. “They are going to need to learn which is which and how to keep them separate otherwise they will have difficulties later on.

ET 17, the second international symposium of the Peter Underwood Centre, brings together key stakeholders to share and reflect on insights about the collective mission to raise aspirations for educational attainment.

Launched in February 2015, the Peter Underwood Centre is a partnership between the University of Tasmania and the Tasmanian Government in association with the Office of the Governor of Tasmania.