Historians are working with Australian Indigenous communities to return the bodily remains of their Old People to country from overseas museums and universities.

The early years of Australian colonisation in the late 1700s coincided with the emergence of curiosity among European scientists and intellectuals about the nature and origins of differences in physical appearance and cultures between people around the world.

In an effort to understand this diversity, scientists sought to acquire and study the bodily remains of individuals of different ethnic ancestry.

Scientists regarded the bones of Australia’s first peoples as especially interesting, assuming – incorrectly – that their shape and substance reflected the influence on human physiology of a life spent foraging and hunting in Australia’s unique environment.

By the 1860s, Charles Darwin’s theory of evolution had become a triumph of scientific thinking, which revolutionised understanding of how animal form changed over the eons.

What is less well known is that it heightened scientific interest at the time in acquiring the bodily remains of Indigenous peoples. Until well into the 20th century, skeletal remains of Aboriginal and Torres Strait Islander peoples were prized by anatomists and anthropologists who believed they offered important clues to humanity’s evolutionary past.

Museums and scientific institutions throughout the Western world acquired the remains of thousands of Indigenous people. Graves were plundered, and there were instances where the bones of men, women, and children who had died in frontier clashes were transported directly into scientific collections.

People dying while under white medical care had their bodies dissected and given to curators and bone traders, rather than to family. Treasured cultural artefacts were also often taken, along with the dead, away from their Indigenous homelands. 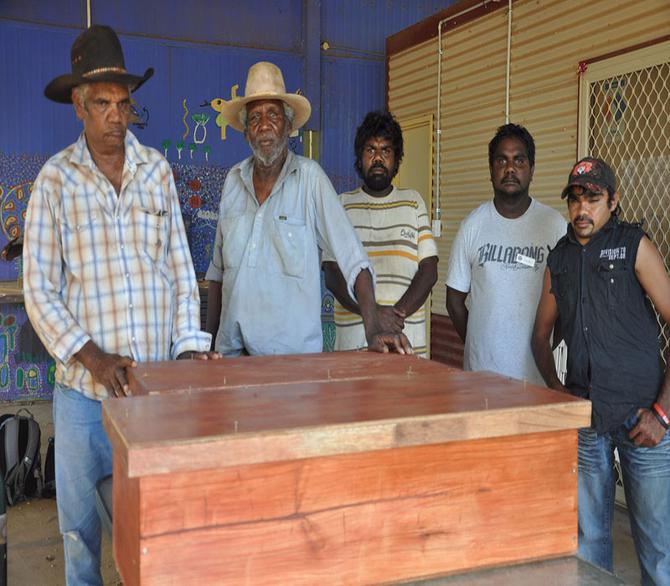 Bardi Elders with the remains of Old People returned from the Museum of Natural History, Vienna. Credit: Michael Pickering, National Museum of Australia.

While attempts to repatriate Indigenous remains date back as early as 1892, it wasn’t until the 1970s that concerted efforts by Indigenous communities around Australia finally succeeded in returning the remains of their Old People to country.

Historians at the University of Tasmania are now using their expertise to help Indigenous communities around Australia in their efforts to repatriate their ancestors remains and cultural property.

“Many Indigenous Australians who have gone through the experience of discovering that their ancestors' remains are in scientific collections look on these Old People as really the first Stolen Generation,” says Professor Paul Turnbull, who has been studying the history of collecting and scientific uses of Indigenous human remains for the past three decades.

Since the 1970s, the remains of around 5,000 Indigenous people in Australian museums and scientific institutions have been repatriated or earmarked for return to their communities of origin. A further 1,250 have been returned to Australia from overseas institutions.

In many cases their homelands has been determined, but there are also the remains of many people whose identity or homelands will never be known. It is the hope of Aboriginal people and Torres Strait Islanders that these individuals be laid to rest in a national keeping place.

Now, 40 years since the first remains were returned to country, Professor Turnbull and colleagues in the international Return, Reconcile, Renew network recognise that there is still much work to be done to ensure that the remains of the dead are returned to their rightful communities.

The Return, Reconcile, Renew network brings together university- and museum-based historians from four Australian universities, as well as universities in Holland and Germany, with Indigenous community organisations from Australia, New Zealand, and North America.

This central digital repository of documents relating to repatriation – museum records, bills of sale, newspaper clippings, handwritten letters, and published scientific articles – is already being used to piece together the histories of Indigenous Australians whose remains ended up in far-flung museums.

By drawing together disparate documents from Australia, the UK, and continental Europe, the hope is that Indigenous communities and researchers investigating the provenance of remains will be able to trace them to their community of origin. In some cases, the identity of individuals may also be discovered. 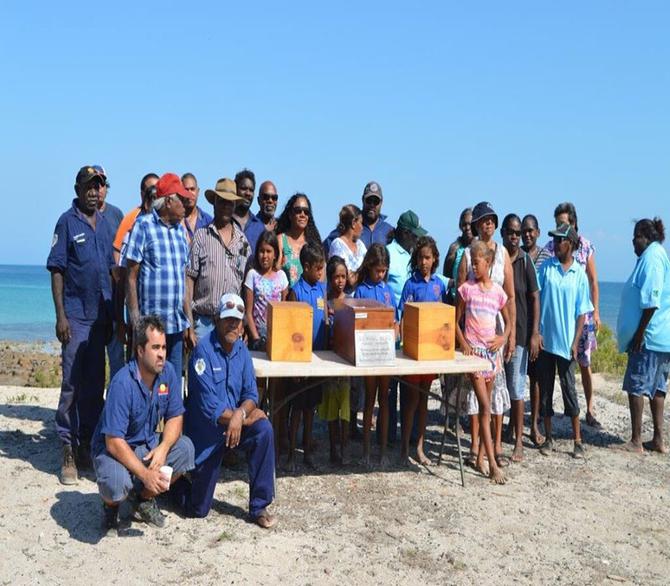 A change in mindset

In 2010, the Australian Government’s International Repatriation Program estimated that the remains of roughly 1,000 Indigenous people are still in overseas collections, mostly in the UK.

Research by Professor Turnbull and colleagues in the Return, Reconcile, Renew network also confirmed the existence of the ancestral remains of around 200 Aboriginal people in scientific collections in France, Germany, Italy, Poland, and the US.

Connecting remains to their homelands is essential, and allows Indigenous communities to fulfil what they see as religious and customary law obligations to return their dead to the care of country.

In the 1970s and 1980s, this strong spiritual connection was often ignored, and even “scornfully dismissed” by some scientists and museum professionals, Professor Turnbull explains, but attitudes have since changed.

“There's been a remarkable shift in attitude since the late 1980s, largely due to the dedication of various Elders, lawmen, and key personnel in Indigenous representative organisations,” says Professor Turnbull.

He foresees that nearly all remains in overseas collections will be returned within the next decade, either to their ancestral country, or to a national keeping place.

The impact of repatriation on Indigenous communities is profound. Tracking down what became of their ancestors’ remains and returning them to their rightful place of rest can contribute to the cultural health of communities.

“It provides young people with a stronger interest in their own history, their own cultural identity. It's brought communities together,” says Professor Turnbull.

Museums that have returned remains have also benefitted.

But museums are reinventing themselves as cultural custodians that, in partnership with the people who created the items they possess, are keen to bring the vitality and complexity of living Indigenous cultures to European audiences. This is being achieved through the newly forged relationships with Indigenous communities that repatriation can create.

“It’s really marked the beginning of new chapters in relationships with communities whose culture these museums were holding, and this is quite a remarkable thing,” says Professor Turnbull.

Historians at the University of Tasmania are also working with local museums and engaging in public debate to correct the record on Indigenous histories.

Art historian Dr Greg Lehman, for example, worked with the Queen Victoria Museum & Art Gallery in Launceston to develop “The First Tasmanians: Our Story”, a permanent exhibition opened in 2017  showcasing the threads of Indigenous culture that run from pre-colonisation times through to present day.

The exhibit dispels the myth that Tasmanian Indigenous peoples became extinct with the death of Truganini in 1876 – a misconception portrayed in museum exhibits as recently as 2007.