Researchers get the Ig Noble Prize for their wombat investigation.

A cubed conundrum has for decades baffled bushwalkers and biological scientists alike.

New research from the University of Tasmania’s Dr Scott Carver, Dr Ashley Edwards and Dr Alynn Martin – together with Georgia Tech’s Professor David Hu – set out to crack the secret of the unique cubed poo of wombats.

The study has today earned the team a satirical Ig Nobel Prize, awarded by Improbable Research, for making people laugh and then think at a ceremony at Harvard University in the US.

Dr Carver said that how and why wombats produce cubed faeces has been a fascination to many people for a long time.

There are many colourful hypotheses to explain the phenomenon, but nobody had ever investigated it. This research has been a fun effort to answer the questions of how and why. 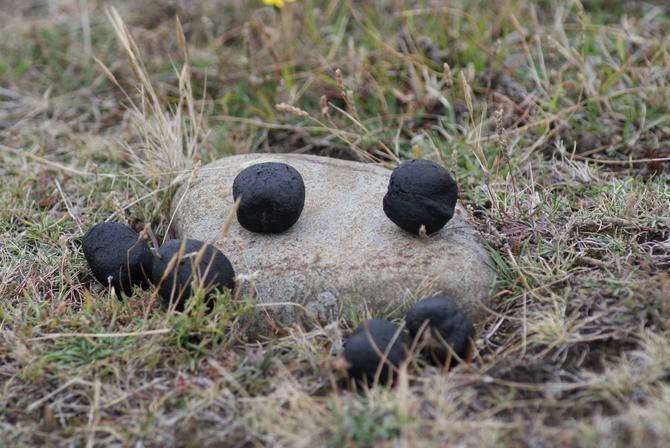 When Dr Carver first examined a wombat cadaver, he was surprised by their extraordinarily long intestines, about 10 metres long. In contrast, human intestines are only 7 metres long.

Partially because of wombats’ long colons, Carver says “wombat scat is dry. Human colons are not that long; we don’t pull as much water from faeces.”

The dissections revealed something else.

My lab discovered that the cubes formed in the intestine,” Carver said, dismissing the idea that the cubes were formed at the point of exit from the wombat.

The fact that the wombat intestine is not uniformly flexible, with some parts rigid while other parts are soft, forms the basis of the current hypothesis about the formation of cubed poo.

The Ig Nobel prizes recognise research based on these criteria: research that makes you laugh, and then makes you think. From approximately 9000 nominations each year, a total of 10 prizes are awarded.

Dr Carver said the study was an example of how scientific discoveries can begin when you are not specifically looking for them.

It is a genuine honour to have our research recognised through this award, and of course, a lot of fun.

The Ig Nobel Prize has been awarded annually since 1991 to celebrate unusual or trivial achievements in scientific research.