One of the most amazing things about Australia is the unique conglomeration of plants and animals that call the country’s bushlands, deserts, and coastal waters home.

But the flipside of having so many species that are found nowhere else on the planet is that once they’re gone, they’re gone. Just look at the iconic Thylacine.

And while most of us are familiar with the plight of the Tasmanian devil, stricken by deadly tumours, and the near-extinction of the elusive orange-bellied parrot, what about the creatures that are struggling for survival in the depths of our oceans?

According to Professor Graham Edgar from the University of Tasmania, Australia, has some of the world’s rarest life forms lurking just below the surface, and if we don’t pay enough attention, they could disappear before we even knew they were there.

Here are the top five Australian species that need some serious intervention before it’s too late: 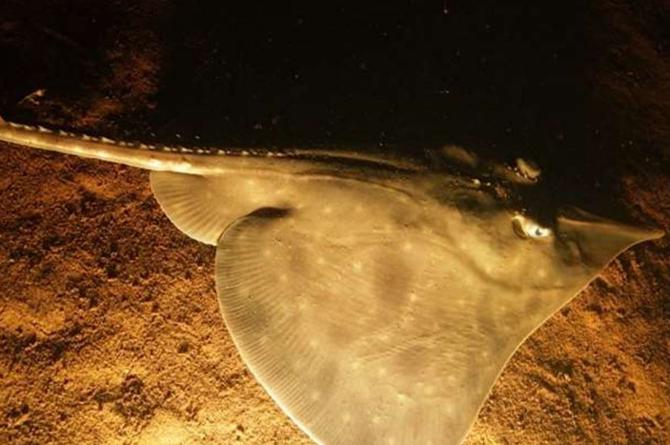 If this is the first time you’ve heard of this prehistoric Tasmanian ray, don’t worry - a few decades ago, even the experts didn’t know it existed.

“While doing surveys in Bathurst Harbour, I collected them in the nets, but they’re a big animal, so returned them all to the water,” said Professor Edgar, who first discovered the species back in 1988.

“I spoke to the leading skate researcher at the CSIRO, and he couldn’t place my description, so I went back and collected one.”

Turns out, what Professor Edgar had found was one of the largest predatory species in Tasmania, which has subsequently been called the Thylacine of the Sea.

The Maugean skate is thought to exist only in the Macquarie and Bathurst Harbours of Tasmania. But even those habitats are in doubt, because there have been no confirmed sightings of the species in Bathurst Harbour since 1989.

Sporting a large, flat body shaped like a quadrangle; a pointy snout; and a tail laced with thorns, the Maugean skate is thought to have changed little from its ancestor on the ancient supercontinent of Gondwana many millions of years ago.

It’s the only skate known to permanently inhabit estuarine waters, and Professor Edgar said this has exposed it to multiple threats in its Macquarie Harbour home – dangerously high levels of metals that trickle down from the rivers into the harbour, recreational gill net fishing, and newly-established fish farms that are reducing oxygen levels on the seafloor.

“This large Tasmanian species is on the brink of extinction, but virtually no one knows about it,” he said. 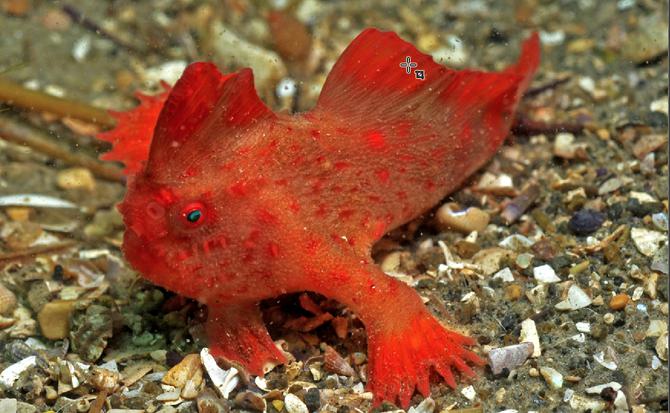 With its bright, blood-red colouring, the red handfish easily stands out in the shallow coastal waters of eastern Tasmania, but you’ve got to find it first – and that’s no easy task.

The largest known population of red handfish boasts perhaps 10 individuals, making it one of Australia’s most at-risk – and peculiar – marine species.

“They’re red-streaked creatures with forefins used as hands, and watchful eyes ,” said Professor Edgar, adding that despite all their awkward charm, red handfish have largely been forgotten in favour of ‘high-profile’ threatened species such as the orange-bellied parrot.

And if you thought the red handfish sounds rare, that’s nothing compared to the smooth handfish, which hasn’t been seen for 200 years.

First discovered by French sailors exploring the southern Australia in 1803, the species must once have been sufficiently common to be captured with simple fishing gear, but is now known from only a single museum specimen.

Today, we simply don’t know enough about it even to say for sure if it’s extinct or not.

“If it were a bird, mammal or plant, then the disappearance of that species would be widely known,” Professor Edgar said.

“But the issue with marine species is we don’t have enough data to say what declines are happening, and how resources should best be focused to bring them back.”

The good news is that Professor Edgar is running a massive initiative called the Reef Life Survey, which is recruiting recreational divers to try and spot what’s left of the various handfish species. But all species died out by 10 million years ago, according to experts throughout the 19th century. That was until the giant creeper was discovered in shallow waters off southwestern Australia.

“The giant creeper is the definitive living fossil,” said Professor Edgar. “It’s a species known only from rocks until the last living member of the family was discovered in patchy reef habitat near Perth”.

“Despite surviving to the present day, this mollusc is potentially heading towards extinction. Our monitoring of sites in the region indicates that recent extreme heat waves off the southwestern coast have caused populations to crash by over 80 per cent in the past five years."

“If this population decline continues, then we may need to add creeper snails to Hawaiian honeyeaters and the thylacine, as an extinction of a whole family of animals in modern times." 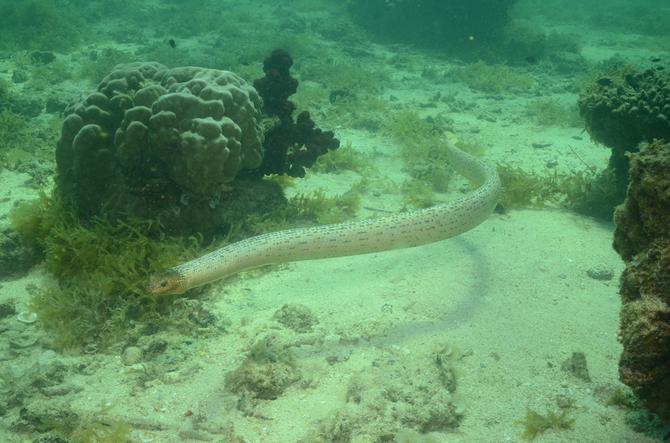 Australia is known for its rather intimidating array of terrestrial snakes, but it also happens to boast the world’s highest diversity of seasnakes.

And while some species like the venomous olive seasnake – a robust snake that swims using a paddle-like tail – occur in large numbers in Australia’s coral reefs, many others are struggling. And it’s not clear why.

Through the Reef Life Survey initiative, Professor Edgar and his team have surveyed 200 sites around the Coral Sea and northwest coast of Australia for the first time, and they’ve documented what he describes as a “catastrophic decline” of native seasnakes.

“There is an thought-provoking boundary line across the middle of the Coral Se. Above that line, we didn’t find any seasnakes, below that line they were common on all reefs,” Professor Edgar said.

“Something affects seasnake numbers north of that divide – it could be rising water temperatures and bleaching. Our volunteer crew and divers aboard a sailing catamaran allow us to survey these reefs – some 400 km offshore – in way that hasn’t been done before.”

Such surveys provide hope for species such as the brown-lined seasnake, which is so little-studied that scientists don’t even have enough data to decide its level of threat. 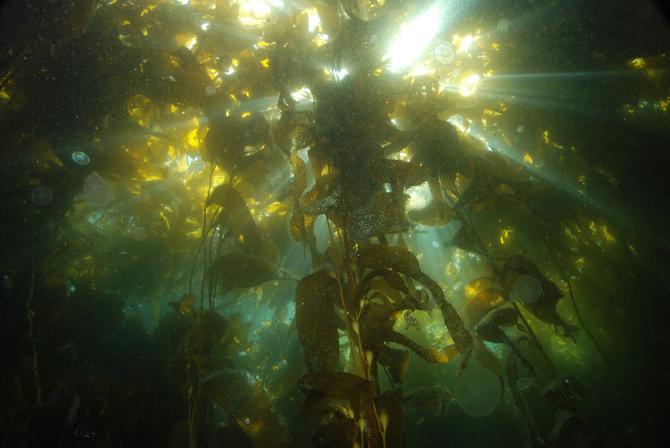 It’s not as charismatic as seasnakes, handfish, or prehistoric rays, but giant kelp should demand our attention based on the sheer size of the impact that will be felt if it completely disappears from our oceans.

Found around the world, giant kelp forms dense underwater forests, with individual strands stretching up to 45 metres long, and growing at a rate of as much as 60 cm per day. This makes it the fastest-growing organism on Earth.

And because it prefers cooler ocean waters where temperatures remain below 21°C, giant kelp forests have decreased dramatically in the wake of  human-caused climate change and natural warming events like El Niño - particularly in Australian waters.

As Professor Edgar explains, that’s a massive problem, because this is not just a threatened species – it represents an entire ecological community that’s disappearing right under our noses.

“It’s the only threatened marine community officially recognised in Australia so far,” he said.

“So it’s not only that this seaweed species has largely disappeared from Australia and Tasmania, but that a whole community of associated plants and animals is also in the process of disappearing.”

Find out more about the work being done by the Reef Life Survey.