A passion for neuroplasticity

A fascination with the brain and a personal connection drove Wicking Dementia Research and Education Centre PhD candidate Barbora Fulopova to devote her PhD research to Alzheimer’s disease.

“My research is in neuroplasticity, which can be broadly described as the brain’s ability to adapt to new changes. 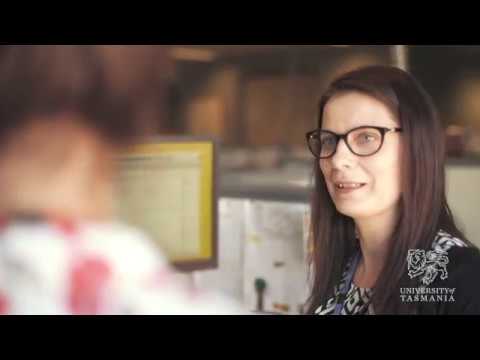 “I’m particularly interested in brain cells and how they communicate.

“In Alzheimer’s disease the brain’s plasticity is compromised. The system is not adaptive, and we lose a lot of synapses, the parts of neural cells that allow them to communicate with other cells,” she said.

“My aim is to investigate mechanisms of the loss of this communication between the cells in Alzheimer’s disease and whether we could prevent it.”

Barbora first came across the concept of neuroplasticity as a second-year psychology student and was inspired to investigate the topic.

“I’m very lucky that I was able to join a passion for neuroplasticity with working in this field.”

After studying one of the popular Wicking MOOCs, Barbora was immediately attracted to the multidisciplinary nature of the research conducted at Wicking.

I’m really impressed that we have such high level of equipment here available to us to conduct research, and really produce research that is of international quality.

“We all share our lab space which really gives us a great opportunity for collaboration,” Barbora said.

“The ultimate dream would be if my work could contribute to our knowledge of manipulating neuroplasticity in a clinical setting to help people in recovery or prevention of neurodegenerative diseases.”

Barbora, who is originally from Slovakia, came to Australia 13 years ago with her husband.

“I was really lucky that it happened in Tasmania because here we have the convenience of a big city with all the services that you need as a parent, yet it doesn’t really take that long to travel out of the city and you can be at some of the most remote and spectacular beaches where you can take your family and have a relaxing time.”