How a biography brought me to family history

How writing an entry for a supplementary volume in the Australia Dictionary of Biography uncovered an extraordinary family story.

Warning: Aboriginal and Torres Strait Islander readers are warned that this article may contain the names and images of people who are now deceased.

Back in the early 2000s, the Australian Dictionary of Biography decided to prepare a supplement volume of ‘missing persons’ to try, in some small part, to counterbalance the Dictionary’s preponderance of entries on wealthy white men. The editor said, “you’re Tasmanian, would you like to do an entry on Musquito?” I had only a faint sense of who Musquito was. Little did I know, I would be writing about him still.

Following the life of this Aboriginal man has forced me to learn an incredible amount of Colonial Australian history. He was a strong character with an extraordinary story, and spoke into the archival record at several points in his life, so it’s no surprise that he appears in many of the first histories of the colony – in fact they blame him and other Sydney blacks for corrupting the Aboriginal people of Van Diemen’s Land, the palawa, and leading them into the Black War. But the more time I spend with his story, the more I've come to look about him and ask questions.

Through Musquito I've learned a lot more about the colonists, and about what a small social world the Colony of New South Wales was, despite stretching from Port Jackson to Norfolk Island and to the far south of Van Diemen’s Land. In the process, I have come to understand much more about my own family history, because it turns out that a number of my ancestors walked the same country he did, at the same time.

So, who was Musquito? Well firstly, that was his nickname. He was probably a boy when the First Fleet arrived in 1788 and he was a Gai-mariagal man, from Sydney’s Northern Beaches. It seems he met French explorers Nicolas Baudin and François Péron in Sydney in 1802, because they made a portrait of him, adorned with ochre and scars, but they called him Y-err-an-gou-la-ga. Martin-Petit also made a beautiful sketch of a youth called Toulgra, or Bull Dog. Musquito next appears in the historic record in 1805, at Windsor, on the floodplains of the Hawkesbury River. This was a time when the Darug people were pushing back against the hungry white settlers who were trying to colonise the fertile soils of the river flats. Musquito was seen by a raiding party and addressed them in clear English, declaring his intention to consider his rapacities. After reprisal attacks the Darug handed Musquito and Toulgra over to the authorities. They were lodged in Parramatta Gaol but threatened to burn it down.

Governor King was reluctant to punish Musquito and Toulgra, as he understood the settlers had killed a number of Aboriginal people and had legal advice the men could not be considered British subjects or asked to swear upon The Bible. Still, King needed to exiled them to the convict settlement on Norfolk Island, 1600km from Sydney.

Musquito worked as a lime burner on Norfolk, until the island was evacuated to Van Diemen's Land. Musquito left on the second last boat in February 1813 on Minstrel and arrived in Port Dalrymple in 1813. Musquito did not see his future in Van Diemens’ Land and repeatedly petitioned the governors to be allowed to return to Sydney, but he was too useful as a tracker and his requests were ignored. He worked for the notorious Edward Lord for a while but then walked into the bush.

By the early 1820s, stories began to appear in the Hobart Town Gazette about palawa attacks on remote households. The rumour mill blamed Musquito, who was well known to  Norfolk Islanders, even though he could not have committed all of them. I believe the residents of Hobart were in a state of denial, hoping they were dealing with just one angry man, but the palawa were angry. Their women were being abducted by sealers, their children were stolen by white people, and their country was being eaten up by sheep. 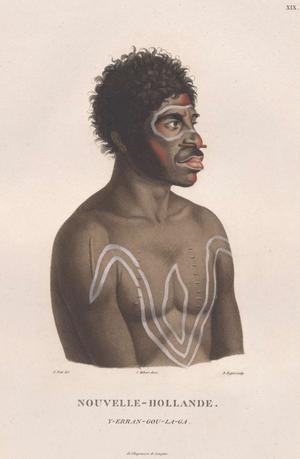 Then, at Grindstone Bay in November 1823, Musquito and a young warrior called Black Jack, also known as Jack Roberts, were with a group of lairremeneer (Oyster Bay people) at Grindstone Bay, near Little Swanport and came upon a hut where three stockkeepers were stationed. Something bad happened, two of the stockkeepers were speared, and the survivor blamed Musquito and Black Jack. They were both hunted down by another Sydney Aborigine, and stolen child, Teague. They were taken to Hobart and tried in the Supreme Court. Both men were found guilty of murder and sentenced to death.

On 10 February 1825 a scaffold was erected above the walls of the Murray Street Gaol, so that all the town could see. Musquito and Black Jack and six white men were, as the newspapers put it, cast into eternity. Palawa people had come to town to plead for them, but were ignored. It was the beginning of the Black War, and of a judicial killing spree that Arthur intended to terrify the white residents of Van Diemen’s Land. In his 11-year term he hanged 260 people, more than any other colonial governor, for offences as meagre as stealing. It was what historian Richard Davis calls ‘institutionalised cruelty’. And although the six white men who died on those gallows on 10 February were laid to rest in St David’s Cemetery, there is no record whatsoever of what happened to the bodies of Black Jack and Musquito.

Which brings me to my Tasmanian convict ancestors James Brown and Jane Wheeler, because it bothers me that I know they rest in pretty churchyards in Richmond and Evandale, but I don’t know where Musquito or Black Jack’s bodies are. Yet they arrived shortly after he did, on the brig Kangaroo. He was English and she was Irish and they had arrived in New South Wales separately but the Kangaroo brought them together and in 1815 they were married.

So, as I looked for Musquito in musters and censuses and lists of births, deaths and marriages, I also followed them and I began to sketch the shape of their lives. James was transported on General Hewitt, one of the worst, but in Hobart he received 200 lashes on two occasions, while Jane was gaoled three times. They were in Hobart when Musquito was hanged, because a Children’s Census describes them as ‘parents of bad character’ who lived in Murray Street, not far from the gallows. They were the people Arthur was projecting his example to, but their children’s baptisms align with their parents’ convictions – each new mouth to feed made the family more desperate, even to the extent of risking floggings and the gallows. 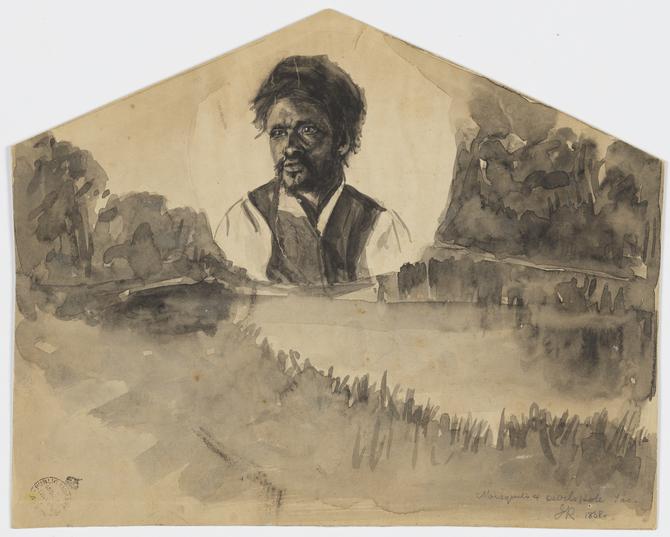 And I found something else in an 1806 Census of the Colony of New South Wales. I had known that another ancestor, Joseph Eyles, the youngest son of a baronet who was transported to Sydney in 1801 for stealing lead, took up land in what is now Pennant Hills, on the very country Musquito was trying to defend. In the 1806 Census he is listed as being in Van Diemen’s Land on a vessel called King George, which belonged to Henry Kable. That vessel took sealing crews to Bass Strait and left them there to club elephant and fur seals to death for months, and those men abducted and abused scores of Aboriginal women.

Many people researching their convict history will tell you that their relatives were victims of a brutal system and are not responsible for the dispossession of the Aboriginal people, but I know my relative Eyles was. Yet he died a natural death and is buried in a pretty church yard.

The Diploma of Family History is an online part-time course specialising in how to research, write, and creatively collate family history. Applications are now open. For more information, visit Study Family History