Widely used pest-control methods could put numerous predatory species are at risk, including the eastern quoll and the endangered Tasmanian devil.

Share this
Related articles
New research led by the University of Tasmania has found high levels of rat poison in wedge-tailed eagles.

Samples from 50 eagle carcasses collected around Tasmania over a two-decade period showed that 74 per cent contained residues of the poisons.

Approximately 26 per cent of the eagles had ‘potentially lethal’ or ‘above probably lethal’ levels of poison.

The poisons are used worldwide to control pest populations of rodents. They function by blocking blood clotting and lead to internal haemorrhaging. If affected animals are ingested by predators, the poison and its impacts can be passed along too.

“The Tasmanian wedge-tailed eagle is not known to regularly prey upon small rodents but they do consume intermediary carnivorous species like forest ravens, kookaburras, brush-tail possums, and cats,” zoologist Dr James Pay said.

“The potential for these poisons to move through multiple levels of the food chain suggests that numerous predatory species are at risk, including the eastern quoll and the endangered Tasmanian devil.” 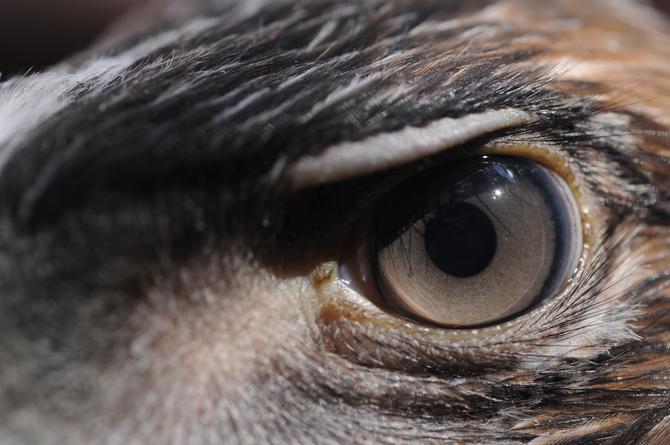 Over 99 per cent of the poison residues found in eagle carcasses in the study were the poisons brodifacoum, bromadiolone, and flocoumafen.

An application by the NSW Department of Primary Industries to use bromadiolone to control mice plagues in NSW has recently been rejected by the Australian Pesticides and Veterinary Medicines Authority (APVMA) due to concerns about the risk of secondary poisoning to other animals like the wedge-tailed eagle and potential impacts on the wider ecosystem.

“With the loss of the thylacine and declines in Tasmanian devil numbers, the wedge-tailed eagle serves a particularly important ecological function as one of the few remaining top predators in Tasmania,” Dr Pay said.

The Tasmanian wedge-tailed eagle is already listed as endangered and because it is a long-lived and slow-breeding species, it is highly vulnerable to threats that may increase its mortality rate.

One of the other poisons detected in the study, flocoumafen, is only available through wholesale outlets in Tasmania. This may suggest that agricultural practices and professional pest controllers are sources of secondary exposure of the poison. Tasmania has seen an increase in the rate of housing and agricultural development in rural areas over the past 20 years, potentially widening the range from where these poisons have been used in the past.

“The association between poison concentrations, human population density and agricultural land use may indicate localised use that is having wider-scale effects,” Dr Pay said.

The research found high levels of second-generation rat poisons in the eagles – this class of poison is more toxic and persistent, underscoring the importance of efforts to address non-target exposure in Australian wildlife.

Second-generation rat poisons are more strictly regulated in other parts of the world, while they are currently registered for domestic (non-professional) use here in Australia.

The study found that very few birds were exposed to first-generation rat poisons, such as warfarin and coumatetralyl, which are less toxic and less persistent.

One thing all of us can do to help reduce impacts is avoid the use of rat poisons where possible, and to use other methods such as blocking access and trapping.

“But if we are going to use poisons, it is much safer in terms of risks of secondary exposure to use the less toxic and persistent first-generation rat poisons.”

The study was published in the journal Science of the Total Environment.