Musical Theatre superstar, George Torbay, will be in town and this is your chance personal to work with him! George is a highly accomplished director and teacher and was the author of AMEB's very own Musical Theatre syllabus.

Join us for this FREE masterclass and workshop on Musical Theatre and vocal training.

George will work with singers to improve aspects of their performance, before opening up to questions and discussion.

Please note that senior students will be given preference (high school and above) but all are welcome as observers. Benjamin Austin will be joining us as accompanist for the day, however performers are also very welcome to bring their own accompanist. Please bring a copy of your piano part on the day.

Masterclass performers will be contacted via email to confirm arrangements. A  huge thanks to the team at LCGS for supporting this event! 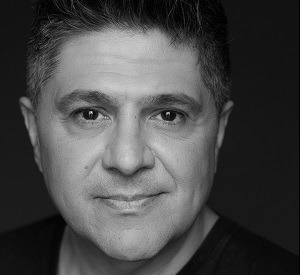 Hailed by The Sydney Morning Herald as “one of Australia's leading musical lights,” George Torbay completed studies at the New England Conservatory of Music in Boston, Massachusetts USA, the University of Sydney and the Queensland Conservatorium of Music.

He is currently Head of Music Theatre at the Elder Conservatorium of Music, University of Adelaide.

As a director he has considerable credits both in plays as well as musicals and opera. He directed the Sydney production of Chess: The Musical; Blood Brothers and David Williamson’s Up for Grabs at the Zenith Theatre; The Norman Conquests and The Woman in Black at Sydney’s Genesian Theatre. Musicals include Urinetown and Spring Awakening in Singapore, Titanic – the Musical, The Hatpin, Godspell, Jesus Christ Superstar as well as music director for Les Misérables. George is also an accomplished opera director and has directed La Bohéme, La Traviata, Susannah and The Marriage of Figaro for Opera New England. Most recently, he directed Spring Awakening for ECMT at the Adelaide Festival Centre.

From 1997 – 2008 he was the Chief Conductor for NSW Department of Education & Training and was artistic director of the Sydney Opera House Concert Series. In 2000 he arranged, conducted and recorded the National Anthem for the Closing Ceremony of the Olympics with the Sydney Symphony Orchestra and was also the vocal coach for the Opening Ceremony. He was the Choral Director of the Schools Spectacular from 1998-2007. In 2008, he was the Director of Music and Judge on Channel 7’s Battle of the Choirs.