The World after COVID-19: Chris Patten & Gareth Evans in conversation

Join Ms Kim Boyer, Tasmanian President for the Australian Institute of International Affairs for a remarkable conversation between two exceptional players on the international stage, Chris Patten and Gareth Evans. Both have served their countries and the United Nations in a wide range of roles and have written widely and personally on international relations. Vice-Chancellor of the University of Tasmania, Professor Rufus Black will also join the conversation and moderate the Q&A session. 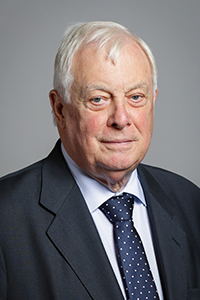 Chris is best known in Australia as ‘the last Governor of Hong Kong’, but has also been European Commissioner for External Relations, a peacemaker in Northern Ireland, Chancellor of Oxford University and a member of the House of Lords. 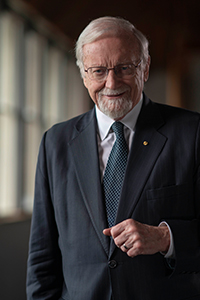 Gareth was one of Australia’s most notable Ministers for Foreign Affairs, played a significant part in the enactment of the Mabo legislation, is President Emeritus of the International Crisis Group, was Chancellor at the Australian National University, and plays an ongoing role in a number of international bodies focusing on  humanitarian and peace-keeping issues.

Kim Boyer is President of AIIA Tas Branch and served as a Senior Research Fellow in Rural Health Policy and Service Planning at the University of Tasmania from 2003-2016. She has held senior management positions in the Tasmanian Health Department and served a term as Deputy Chancellor of the University of Tasmania. She has a long commitment to rural health, and to a range of social justice issues. She currently volunteers as a Board member of the Link Youth Health Service, and as education and training coordinator for the non-government organisation Colony 47.

Their conversation will range over the impact of the COVID-19 pandemic, the messy world fragility which may have been exacerbated by it, the US Presidential election, Brexit, China and Hong Kong and what role remains for idealism and humanitarian policy and action.