In Conversation with Henry Reynolds 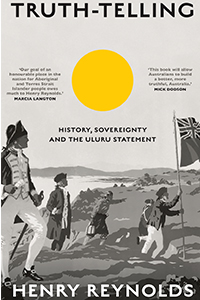 If we are to take seriously the need for telling the truth about our history, we must start at first principles.

What if the sovereignty of the First Nations was recognised by European international law in the eighteenth and nineteenth centuries? What if the audacious British annexation of a whole continent was not seen as acceptable at the time and the colonial office in Britain understood that 'peaceful settlement' was a fiction? If the 1901 parliament did not have control of the whole continent, particularly the North, by what right could the new nation claim it?

The historical record shows that the argument of the Uluru Statement from the Heart is stronger than many people imagine and the centuries-long legal position about British claims to the land far less imposing than it appears.

In his latest book, Truth-Telling, influential historian Henry Reynolds pulls the rug from legal and historical assumptions, with his usual sharp eye and rigour, in a book that's about the present as much as the past. His work shows exactly why our national war memorial must acknowledge the frontier wars, why we must change the date of our national day, and why treaties are important. Most of all, it makes urgently clear that the Uluru Statement is no rhetorical flourish but carries the weight of history and law and gives us a map for the future. Professor Henry Reynolds grew up in Hobart and was educated at Hobart High School and the University of Tasmania. In 1965 he accepted a lectureship at James Cook University in Townsville, which sparked an interest in the history of relations between settlers and Aborigines. A pioneering historian, Henry is considered one of the nation’s leading authorities on the history of Australia’s Indigenous people. His seminal book, The Other Side of the Frontier, published in 1981, was the first to see history from an Aboriginal perspective. An outspoken public intellectual, Henry was the first academic historian to champion Aboriginal land rights. Fighting for reconciliation at a time when it was not popular, Henry was not deterred by the backlash and his courage, tenacity and commitment inspired a generation of Aboriginal and white Australian activists to persevere in their campaign for Aboriginal land and other rights. Henry’s oral history project in the 1970s connected him with Eddie Mabo and greatly contributed to the High Court’s recognition of land rights.

Henry is the author of 20-plus books, which have won awards including a Human Rights and Equal Opportunity Commission Arts Award, an Australian Book Council Award, a Queensland Premier’s Literary Award and a Prime Minister’s Literary Award. In 2000 he took up a professorial fellowship at the University of Tasmania. His most recent book is Truth Telling: History ,Sovereignty and the Uluru Statement. On August 1 his biography of the great Tasmanian warrior chief Tongerlongeter, written with Nicholas Clements, will be published by New South. Kate Darian-Smith is Executive Dean and Pro Vice-Chancellor, College of Arts, Law and Education at the University of Tasmania. A historian, she has published widely and held numerous grants on histories of war, childhood, Indigenous-settler relations, memory and heritage in Australia and the broader British world. 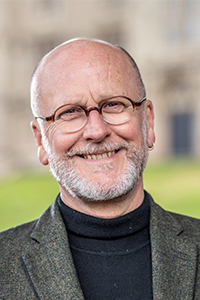 Greg Lehman is a well-known Tasmanian art historian, curator, essayist, poet and commentator on identity and place. Descended from the Trawulwuy people of north east Tasmania, Greg has an intimate relationship with the island’s Indigenous culture and his creative works explore the impact of colonisation on Tasmania’s social fabric. Greg was appointed Pro Vice-Chancellor, Aboriginal Leadership at the University of Tasmania in January 2020.

Moderated by Professor Rufus Black, Vice-Chancellor and President of the University of Tasmania.