Hobart at a Crossroad: Can we be a small city with big transport choices?

Add to Calendar 2021-06-17 17:00:00 2021-06-17 18:00:00 Australia/Sydney Hobart at a Crossroad: Can we be a small city with big transport choices? City Deal architect and public transport advocate, Malcolm Turnbull, joins the CityTalks conversation on the future of public transport for small cities like Hobart. Online Webinar
Book Now
Venue:

The panel discussion will explore how small cities can create inclusive and sustainable transport options for the future. 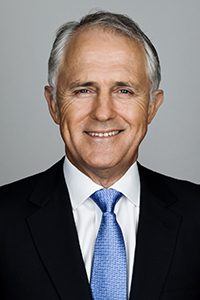 The Honourable Malcolm Turnbull AC, Australia’s 29th Prime Minister (2015-2018), had international careers in law, business and the media before entering politics at the age of 50. As Prime Minister, he reformed Australia’s personal income tax, education and childcare systems, oversaw the legalisation of same sex marriage and announced the construction of Snowy Hydro 2.0, the biggest pumped hydro scheme in the southern hemisphere. Mr Turnbull embarked on the largest peacetime investment in Australian defence capabilities and set out Australia’s first national cybersecurity strategy. Globally, Mr Turnbull played a leading role in reviving the Trans Pacific Partnership (TPP-11 or CPTPP) after the United States withdrew.

As a young lawyer, Mr Turnbull successfully defended former MI5 agent Peter Wright against the British Government in the 1986 “Spycatcher” trial before entering business, where he ran his own investment banking firm for a decade before joining Goldman Sachs as a partner in 1997. He co founded OzEmail Limited, the first Australian tech company to be listed on the NASDAQ.

Since leaving politics, Mr Turnbull has resumed his business career. He is a senior adviser to KKR and an investor in, and adviser to, many Australian technology businesses. He is a director of the International Hydropower Association and Chairman of Australian Fortescue Future Industries. Mr Turnbull speaks and writes on a range of issues including cyber security, geopolitics and renewable energy. Dr Lisa Stafford (PhD) is a researcher, educator and planner in creating inclusive sustainable communities. By planning for all people of all ages and using universal design, Lisa seeks to create fair, accessible, and equitable spaces and infrastructure that helps increase mobility, social inclusion, and economic participation.

Lisa has near 20 years of experience across professional practice (government and non-government) and university settings. Currently she is a part -time Australian Research Council DECRA Fellow at QUT, Adjunct Senior Researcher with School of Geography, Planning and Spatial Sciences at UTAS, and Social Researcher for Social Action Research Centre, Anglicare Tasmania. Lisa identifies as a disabled person and is a full member of Planning Institute of Australia, Institute of Australian Geographers and Disability Leadership Institute.

Her current research projects include the ARC funded Planning Inclusive Communities for People with Disabilities in Regional Areas which involves Clarence City Council and the Greater Hobart area: https://www.planninginclusivecommunities.com/. Lisa is also a research advisor on the Transport and Disability project for Waka Kotahi New Zealand Transport Agency (Waka Kotahi) led by MRCagney (NZ) Ltd and Disabled Persons Assembly New Zealand Inc, as well as a keynote speaker at the Planning Institute of Australia’s Planning Festival in May 2021 on Accessibility and Planning for People. Darren Davis works in the tricky nexus between land use, placemaking and movement. Put simply, there’s no point having place without movement to get there and no point having movement with no place to go. Great places and sustainable movement have to work together. He has 25 years' experience in transport and land use, including being a lobbyist, planner, strategist, communicator and consultant, with a strong emphasis on all aspects of public and active transport planning and integrating transport and land use. He is comfortable working at all altitudes – from high-level strategic planning to on-the-ground implementation and in places of all scales from Milford Sound (permanent population 120) to Auckland (population 1.7 million) and everything in-between. He is currently the Lead Transport and Land Use Integration Specialist at Stantec in New Zealand. 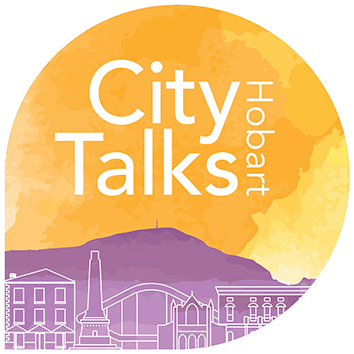 CityTalks is a partnership between the City of Hobart and  the University of Tasmania.