When Douglas Mawson led Australasia’s first expedition to Antarctica in 1911–14, his crew took along a folding organ, a concertina, a flute, a piccolo and a mouth organ, as well as a gramophone, records and a hymn book.

Program for The Washerwoman’s Secret: the first ‘opera’ on the continent. Courtesy of The Mawson Centre, South Australian Museum. Used with permission.

His men’s diaries detail numerous musical activities that took place on board the Aurora and in the huts they built on the ice. Their band – the “Adélie Land Band” – was such a hit that, as Mawson wrote, “Men crawled out of their beds all eager to be in it”.

They even staged the first “opera” on the continent: an original production titled The Washerwoman’s Secret, billed as a “Grand Opera in Five Acts” and performed at Cape Denison, Commonwealth Bay, on 12 October 1912. As biological collector Charles Laseron recalled, it had a “complicated and highly dramatic plot”. The expedition doctor, Archibald McLean, reportedly stole the show by dressing like a woman, singing in a contralto register and acting out several awkward “love” scenes. The “arias” sung were original creations, accompanied by geologist Frank Stillwell on the organ.

Mawson’s men also wrote new lyrics for existing tunes to sing for both leisure and while at work (such as “sledging songs”). These both entertained and boosted morale.

In the past 30 years, a spate of professional Australian composers and musicians have also engaged with Antarctica creatively. Interest has no doubt been spurred by the celebration of centenaries relating to the Heroic Age, support for arts residencies as part of Australia’s Antarctic science program, and increased media focus on the continent due to climate change.

Read more: Antarctic seas host a surprising mix of lifeforms – and now we can map them

The most widely known Australian composition about Antarctica is perhaps Nigel Westlake’s Antarctica suite for guitar and orchestra (1992). Derived from his film score for John Weiley’s 1991 IMAX documentary Antarctica: An Adventure of a Different Nature, the four-movement suite explores some of the film’s primary themes.

The opening movement (“The Last Place on Earth”) employs sparse, static textures and dramatic gestures to represent the desolation and grandeur of the ice sheet. 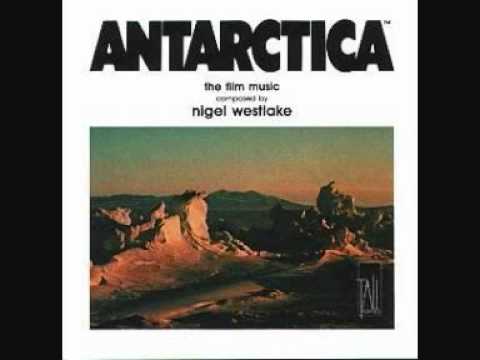 Nigel Westlake - Antarctica Suite for Guitar and Orchestra - Mvt I, The Last Place On Earth 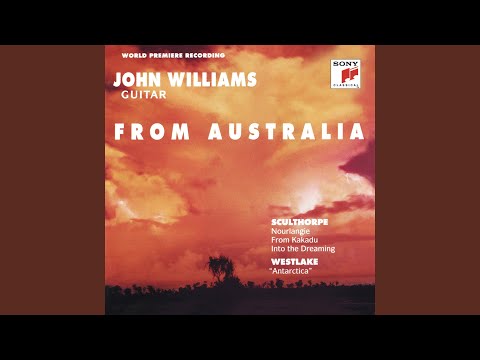 The final one opens with a slow, static section titled “The Ice Core” and ends with an uplifting “Finale”, inspired by the optimism surrounding the signing of the Protocol on Environmental Protection to the Antarctic Treaty (“Madrid Protocol”) in 1991. Through performances, recordings and broadcasts, Westlake’s suite has encouraged audiences to reflect on Antarctica’s unique environment, the history of human presence there, Antarctic science and the importance of protecting the continent.

More recently, Hobart-based composers Scott McIntyre and Joe Bugden produced a chamber opera each to commemorate the centenary of the Terra Nova and Aurora expeditions, respectively.

Read more: Antarctica has lost 3 trillion tonnes of ice in 25 years. Time is running out for the frozen continent

McIntyre’s Fire on the Snow is based on Douglas Stewart’s 1941 radio play of the same name about Robert Falcon Scott’s final, ill-fated expedition. The chamber opera features, in the composer’s words, “Music devoid of warmth, music that [is] brittle, like ice, the howl of the wind, the slow onset of death”.

Similarly, Bugden’s The Call of Aurora is serious in tone. Based on his own libretto, it explores themes of love, death, madness and isolation by focusing on Mawson’s longing for his fiancee, Paquita, his experience of the deaths of Belgrave Ninnis and Xavier Mertz, and his management of the mad wireless operator, Sidney Jeffryes.

McIntyre has also produced a series of shorter compositions, including a song cycle, Songs of the South (2014), based on those originally written during the Terra Nova and Aurora expeditions. Two of McIntyre’s songs were inspired by “sledging songs”, while others were derived from songs written by Mawson’s men about Christmas Day and one of the team’s dogs, Basilisk.

The sound of ice cracking

Samartzis’s two fellowships (2009 and 2015) enabled him to document in sound the impact of extreme climate and weather events on Australian research stations in Antarctica and on Macquarie Island, as well as on the icebreaker Aurora Australis.

His suite of compositions “Antarctica: An Absent Presence” (2016) captures a rich variety of sounds including those made by seals, wind, blizzards, ice when it cracks and calves, helicopters, trucks and generators.

Scientific research has proven fertile ground for composers. Stuart Greenbaum’s choral work Antarctica (2002) uses a text by Melbourne poet Ross Baglin about sea level rise due to the melting Antarctic ice sheet. The music, written for treble choir, two violins and organ, is a poignant elegy to a place (and world) under threat.

Matthew Dewey’s symphony ex Oceano (2013) was written in response to research on the Southern Ocean undertaken by scientists at the Institute for Marine and Antarctic Studies and the CSIRO. The music takes the listener on a journey, exploring not only the strength of the ocean’s currents and enormity of its scale and influence, but also the microscopic life that lives within it.

The second movement, for instance, is dedicated to phytoplankton – microscopic organisms that produce over half the world’s oxygen. Invisible to the naked eye, they are visible in vast blooms from space. 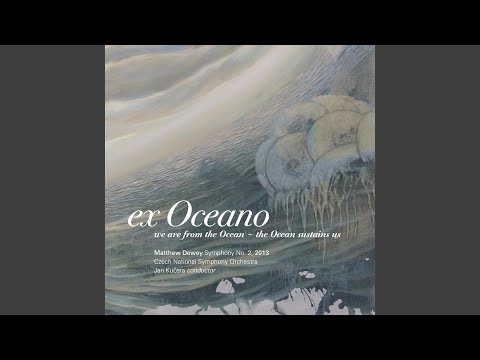 Antarctica: The Musical, which premiered in Hobart in 2016, features music and lyrics by songwriter Dugald McLaren and a book by ecologist Dana Bergstrom (both of whom have spent time there). Focusing on the experiences of a group of scientists living on the continent for a year and the challenges they face, it conveys a strong message of concern for the region’s changing environment.

Most people will never visit Antarctica. It is an inhospitable place at the margins of our world. But music enables audiences to come to know the continent as a place of both the imaginary and of urgent, practical scientific work.

Dr Carolyn Philpott has lectured in music history, theory and musicology at the University of Tasmania's Conservatorium of Music since 2007 and has held a fulltime teaching and research position since early 2012, when she was awarded an Early Career Development Fellowship.

Why Antarctica is cool for composers

Studying musical responses to Antarctica can play a significant role in enhancing human knowledge of, and appreciation for, the southernmost continent

The multicultural colony: not just convicts

Australia's colonial period was much more multicultural than a lot of people realise. Our Family History team share some of the more unexpected places people migrated from.

Not every convict transported to the colonies was busted for stealing a hankie. Here are some of the more unusual crimes family historians have come across.

Family history: where do I start?

Our Family History program coordinator has some essential tips to help you get started on tracing your ancestry.

Seven reasons why Zelenskyy’s crisis leadership has been so effective

The Ukrainian leader's character virtues have served his country well in its darkest hour.