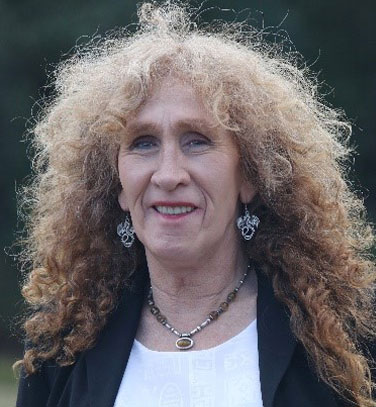 Martine is a screenwriter and activist who suffered a cardiac arrest during a Sunday afternoon soccer game. Martine had just put through a very lovely pass that resulted in a goal, and as everyone headed back to the middle of the ground, Martine collapsed. Fortunately, one of Martine’s teammates was a police officer trained in CPR, who immediately began compressions while an ambulance was called. Frustratingly there was limited access to the soccer ground, meaning it took about 20 minutes for the ambulance to reach Martine, during which time Martine’s teammate kept providing compressions.

Martine stresses that her teammate provided chest compressions hard and fast and that you do no one a favour by being gentle when providing CPR. Ellanor has a close connection with the importance of defibrillators, having had an implantable cardioverter defibrillator implanted in her 20’s. Ellanor lives with Hypertrophic Obstructive Cardiomyopathy, which is a condition where the heart muscle thickens, reducing the ability to pump blood effectively, and increasing the risk of cardiac arrest.

Ellanor underwent surgery to cut away the thick part of the heart muscle, which was originally unsuccessful. Therfore an ICD was implanted in 2013, followed by more open heart surgery to remove more of the thick heart muscle.

Since these procedures, Ellanor’s experience has been much improved, with the added protection of an ICD. Ellanor was keen to be involved in the Shock Verdict campaign because many people in her family are at risk of cardiac arrest, this potentially includes her children. Not everyone in Ellanor’s family has an ICD, therefore they would rely on bystanders and emergency services providing lifesaving CPR and using an AED if they were to suffer a cardiac arrest. Ellanor wants people to know that anything is better than nothing, and you’ll never regret trying to save someone’s life. Sharon was a state champion swimmer when at the age of 16, on Christmas Eve she suffered a cardiac arrest. Sharon was attending her boyfriend’s Christmas party whose mother was a nurse and had luckily invited a number of other medical professionals. This team provided resuscitation to Sharon until an ambulance arrived, which took quite a while, as the first ambulance did not have a defibrillator. Sharon was transported to the Launceston General Hospital and then to the mainland where she received treatment and had a defibrillator implanted.

Sharon found the experience of participating in the Shock Verdict campaign fantastic, especially as she was able to meet people around her age who had similar experiences. This provides a reminder that a cardiac arrest can happen to anyone no matter the age. Sharon encourages people in an emergency to try providing CPR, because something is better than nothing is, and you cannot do more harm.