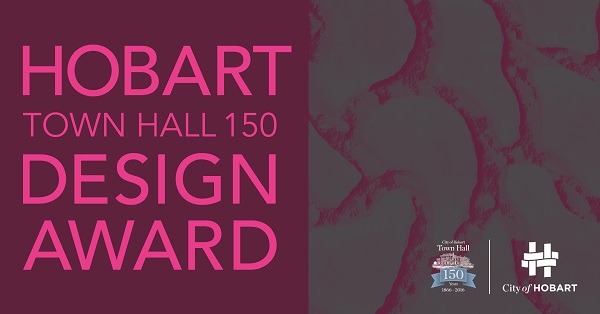 Following a call for entries in July 2016, nine shortlisted designers were invited to develop a concept for a three dimensional object. The concepts to be displayed in a public exhibition at the Plimsoll Gallery in December 2016.

Presented by the City of Hobart in partnership with the University of Tasmania, the winning concept will be offered a major 3D design commission to the value of $20,000. The award is acquisitive and the commission will become part of the City of Hobart's permanent collection to be publicly displayed within the Town Hall.

Following a public call for entries the following nine designers were shortlisted for award.

Design concepts will be on display in a public exhibition at the:

Each design concept will be assessed by a panel of independent judges in regards to overall excellence, originality and innovation in design and concept, use of materials, technique, and suitability for placement within the Town Hall. The winning designer will be awarded a $20,000 design commission and will enter into an agreement with the City of Hobart to develop and fabricate their design.

The winner of the Hobart Town Hall 150 Design Award will be announced at the exhibition launch to be held on Friday 9 December 2016 at the Plimsoll Gallery, Tasmanian College of the Arts, University of Tasmania.

The City would like to acknowledge the support of our judges: Peter Hughes (Tasmanian Museum and Art Gallery), Zoe Veness (University of Tasmania) and Karina Clarke (Design Tasmania).